As Translated from the Norwegian using

Google and helps from Inger Giæver

And With edits and additions By Gary Gauer

Anna made sure her husband, who was the arctic skipper, had a home to come back to.

People like Anna disappear when the history of the Arctic Ocean is to be told. You hear much about the fearless arctic-skippers, fishermen and expeditioners - the Arctic heroes. As for the everyday heroes, those who left home, home and a young boy or (in this case) nine; the story is far more reticent.


A queen in her land

Like a queen in her kingdom; did you work and For the benefit of the big and small you were. A loving and gentle care you had for all; yes both humans and animals. A nobleman in the correct meaning of the word were you. Do you remember when you stood by Dad's coffin; then you said; "What you want me to do; I'll do that" - And you kept words as far as you could and your arm stood for us. Just so bad that we could not pay you a little. "One have to say as in the song to the mother:

Anna Margrete and Ludvig Bernhard were married on October 28, 1870 and got nine children, five boys and four girls. While two of the sons died already at a young age; another died on the North Sea on Christmas Day 1904-21 years old.

Signe Marie Sebulonsen, and it is clear that it is Soren whom she calls for "Dad" and as She refers to in the text. He must have married Andrea, Signe's mother, at the turn of the 20th century; but she (the mother) died already in 1908 at 40 years old.

When Soren died 4 years later, One might imagine what promise Soren made his mother swear to his orphans.

So when "Daddy" Søren died around 1912. Grandma Anna and Grandpa Ludvig had to take care of Signe, age 15 and her brother Charles, age 12. Until Soren, the father died, the children lived with him in Skippergata 30 in Tromsø, an ownership they held until 1918.


Signe buried her grandmother, Anna, 22 years after Signe and Anna had stood at the coffin of Signe’s father and Anna’s son.

In this way she finished her mention of the grandmother:

- My brother certainly agrees with me when we are joining the last verse in the same song:

All four of Anna and Ludvig's daughters ended up in the United States.

So did their grandson and Signe’s brother, Charles Sebulonsen (1900-1977), who settled in New Orleans. 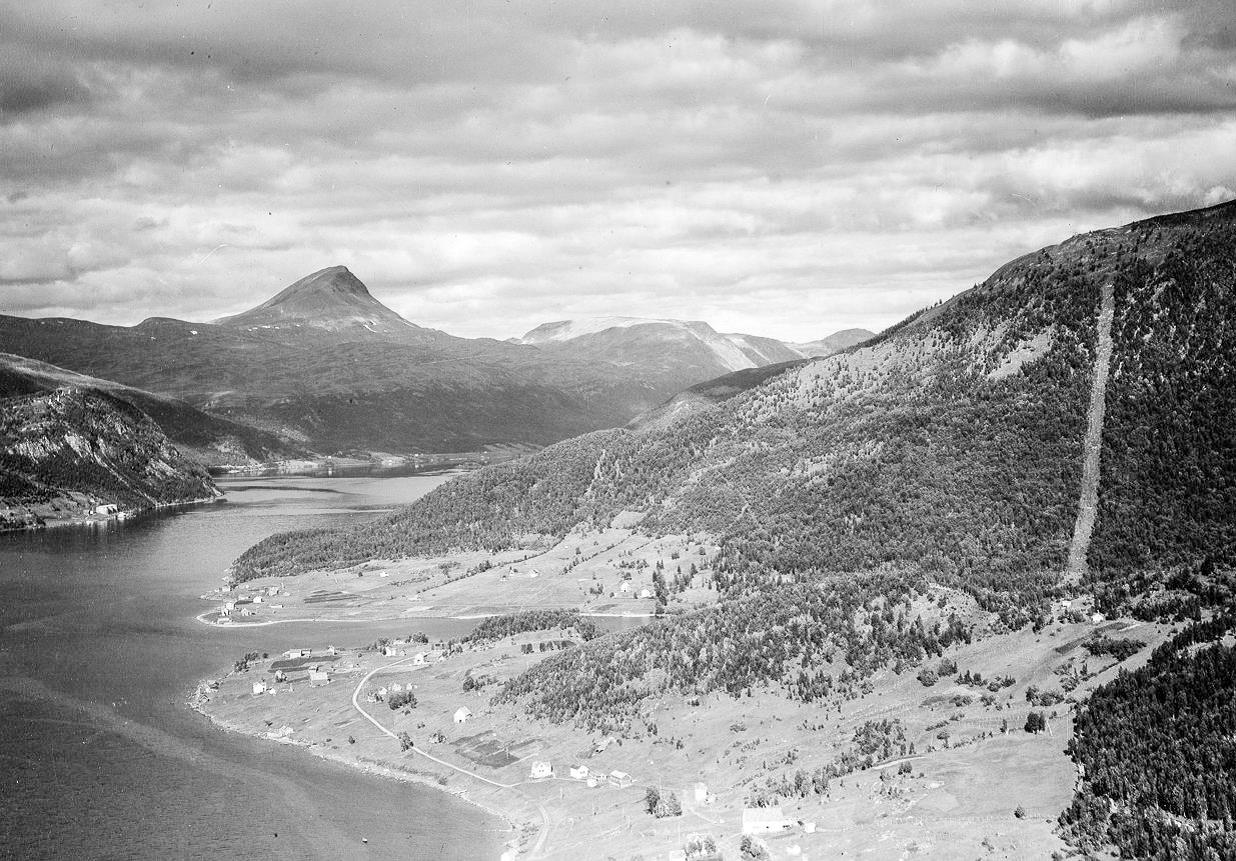 ANDERSDAL: Anna and Ludvig Sebulonsen lived here. The picture is from 1953

and reproduced with permission from Perspective Museum. PHOTO: FJELLANGER WIDERØE

"BREVIGEN": Since we do not have any pictures of Anna Margrete, we compensate for a somewhat timely

photo from Annas birthplace, Breivika, in Tromsøysund municipality. The photo is reproduced with


Notes by Gary Gauer
a grandson of Halfrida Sebulonsen Erickson

Ludvik died in 1921 while Signe and Charles were already young adults.

The above story is incomplete without mention of the youngest son of Ludvik and Anna Margrete. He was Petter A. Sebulonsen (1888-1948), the youngest surviving son of Ludvig and Anna. Petter also was a skipper and lived in Tromsø with his wife Emile and children.

This photo postcard of Petter Sebulonsen and Emilie with Anna Grethe

was dated February 4 1916 and sent to Frida in Minnesota 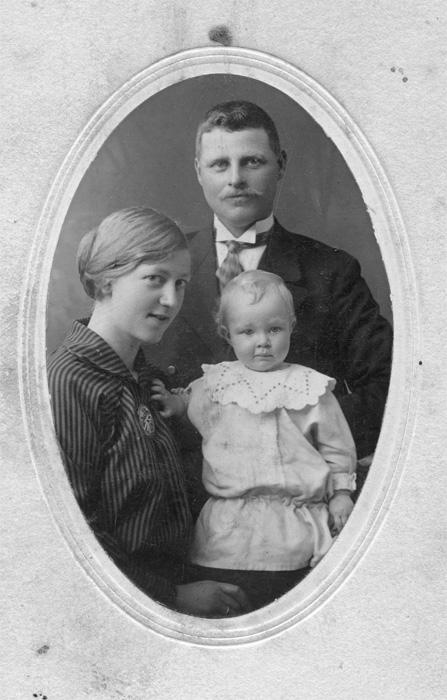 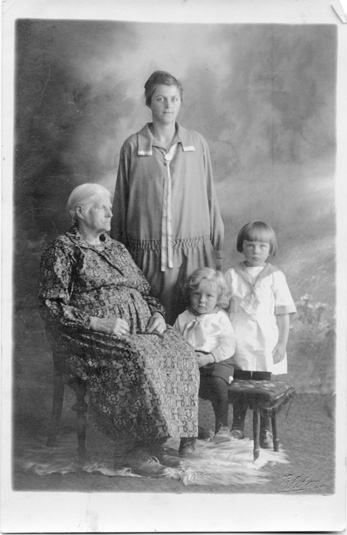 Emilie wrote a long letter on April 15 1975 to Agnes Molzahn detailing the family history. Some items:

I wonder about the sources for the ITROMSØ story and whether it has been repeated from a previous story at the time in 1935 when Anna Margrete died. Sources are inconsistent with the year of Sorens death. 1912 or 1915, Family records and the grave marker use 1912. The article in the polarlitteratur.no about Ludvig B. Sebulonsen says 1915. 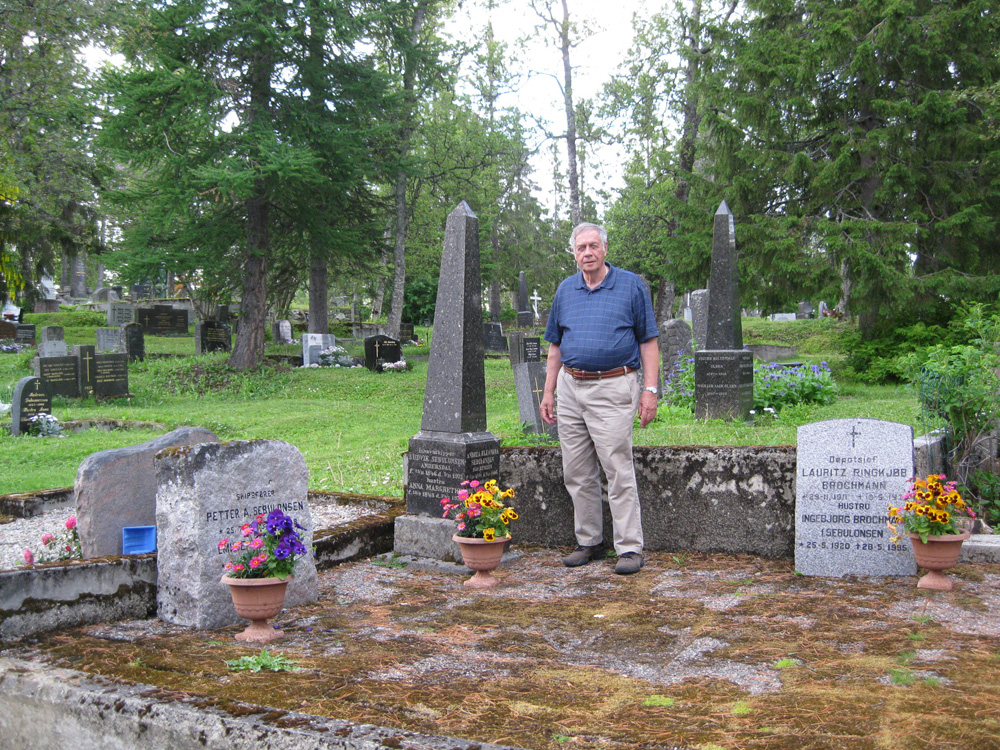 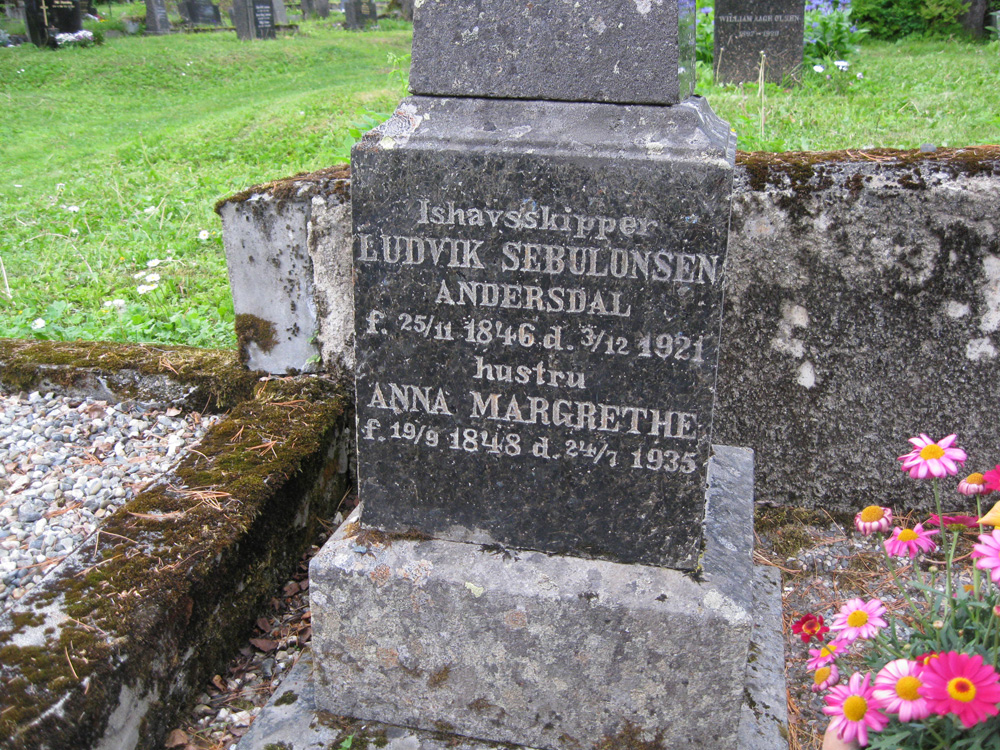 Spelling of Ludvig or Ludvik ? The grave marker is Ludvik. Other records use Ludvig.