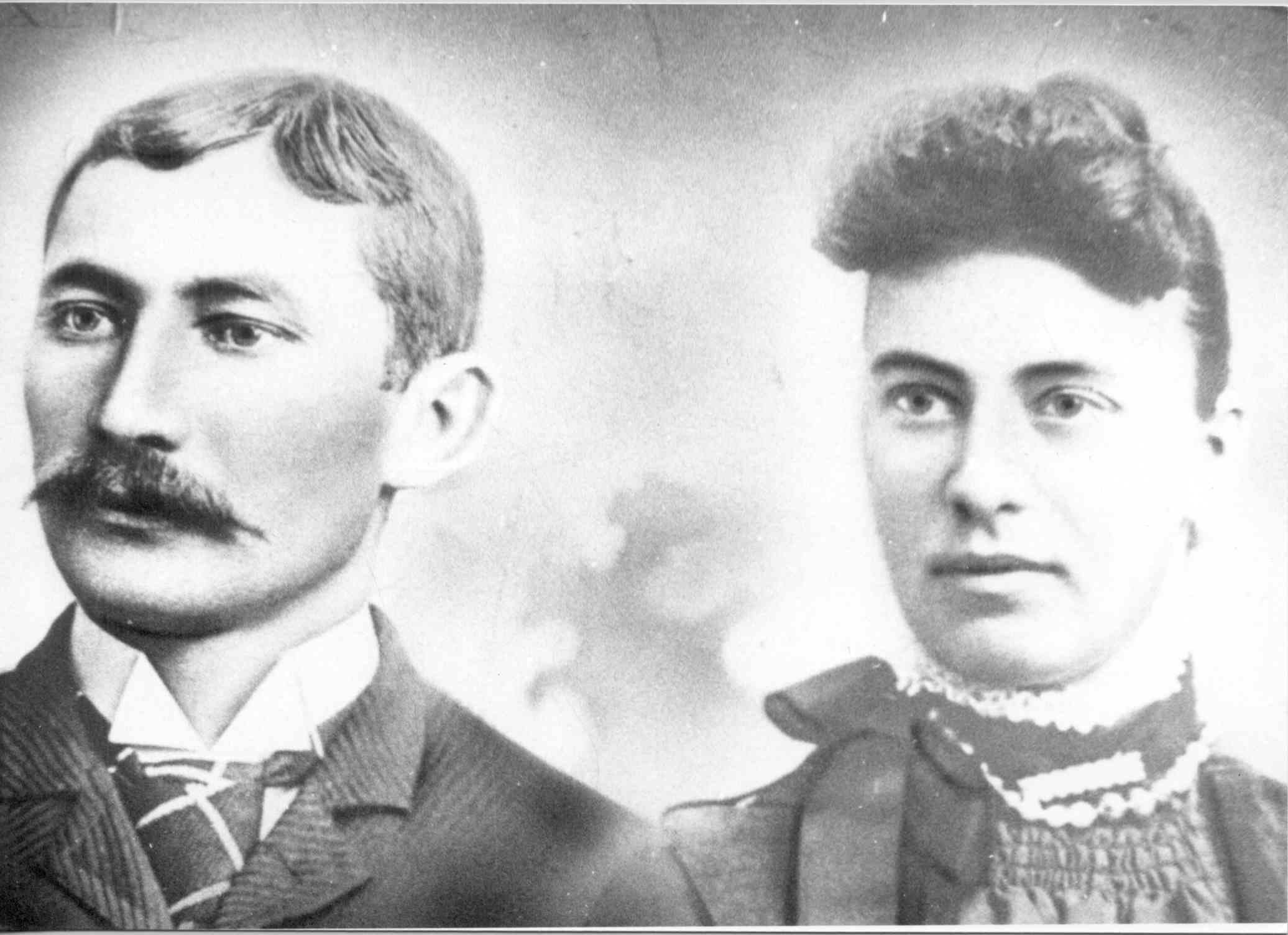 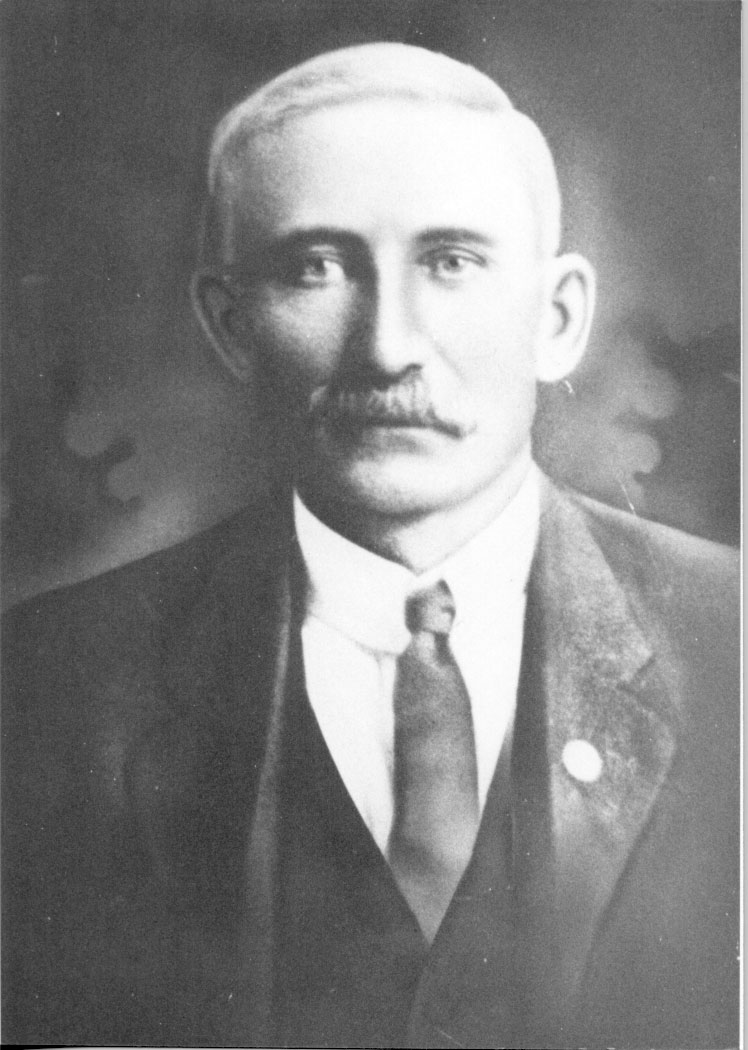 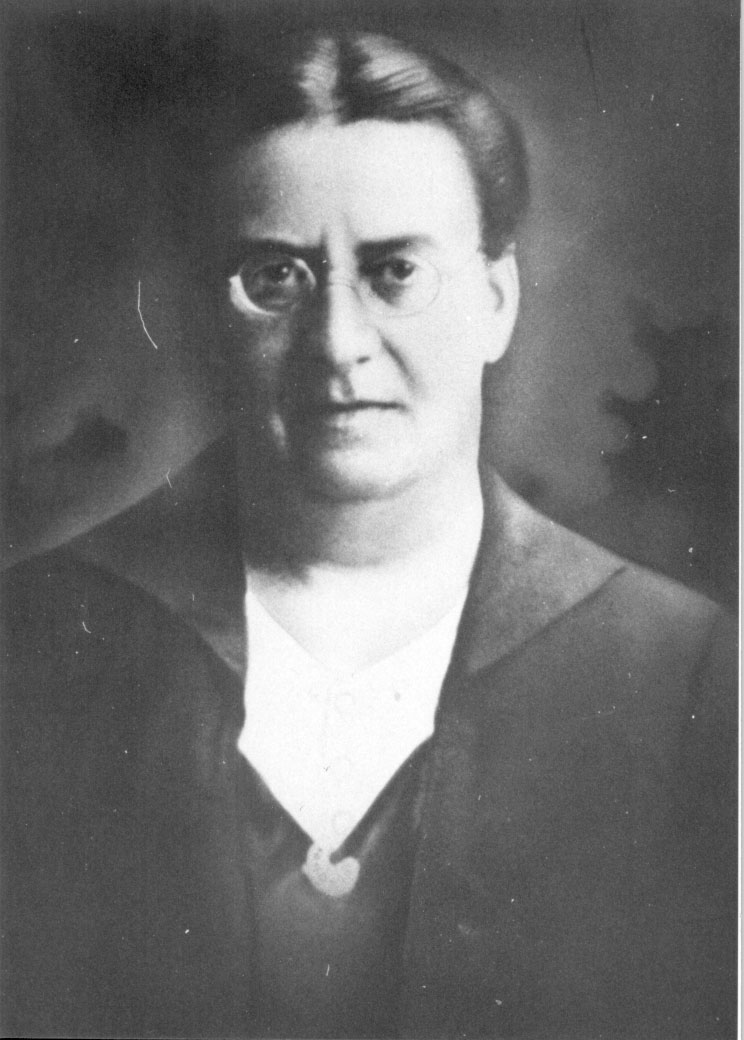 Matt Gauer, age 29, and Lena Finger, age 23, were married in Grundy County Iowa on 21 Mar 1893. The Finger farm was 6 miles east of Ackley, IA. They started a family and farmed near Ackley. 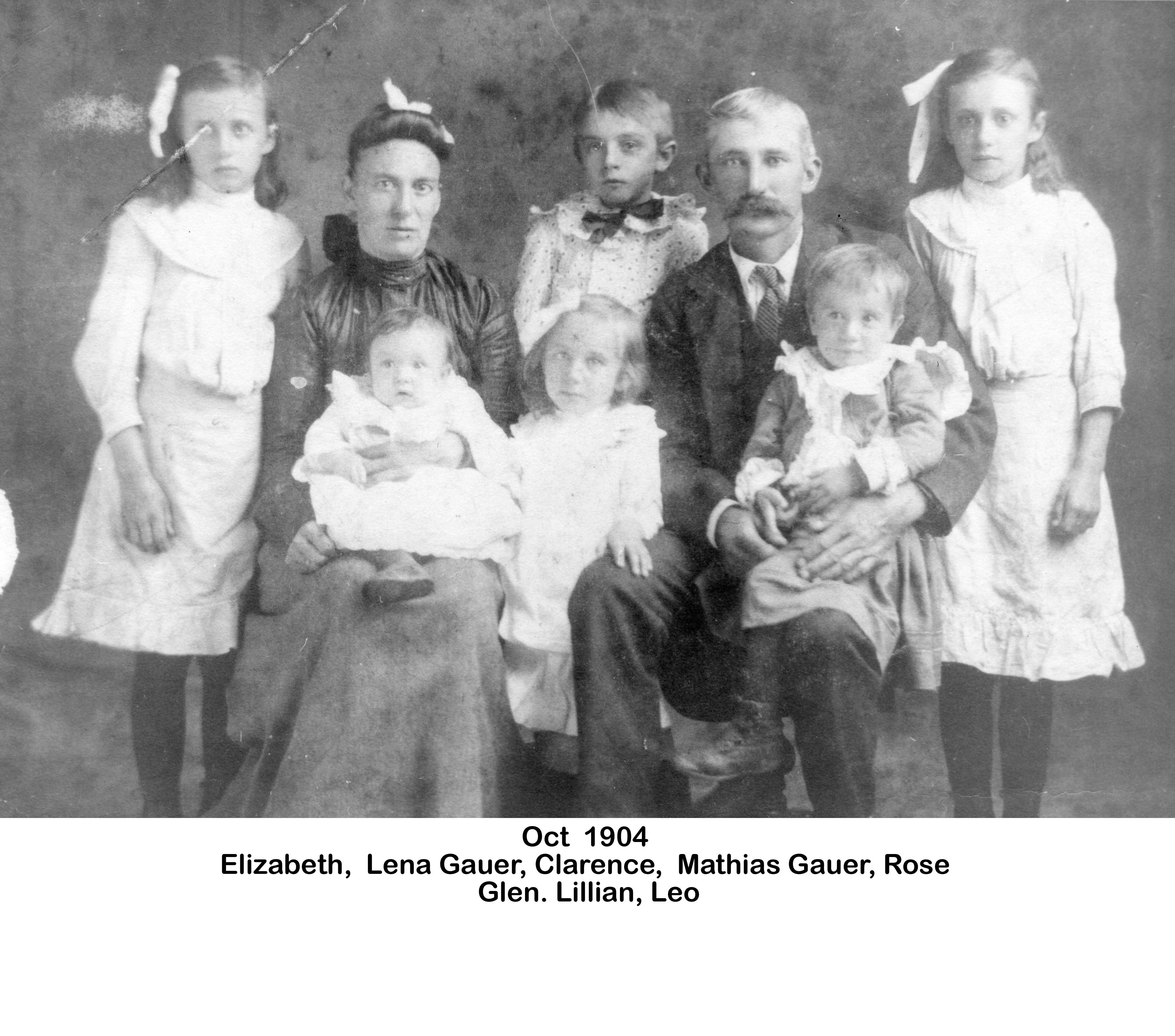 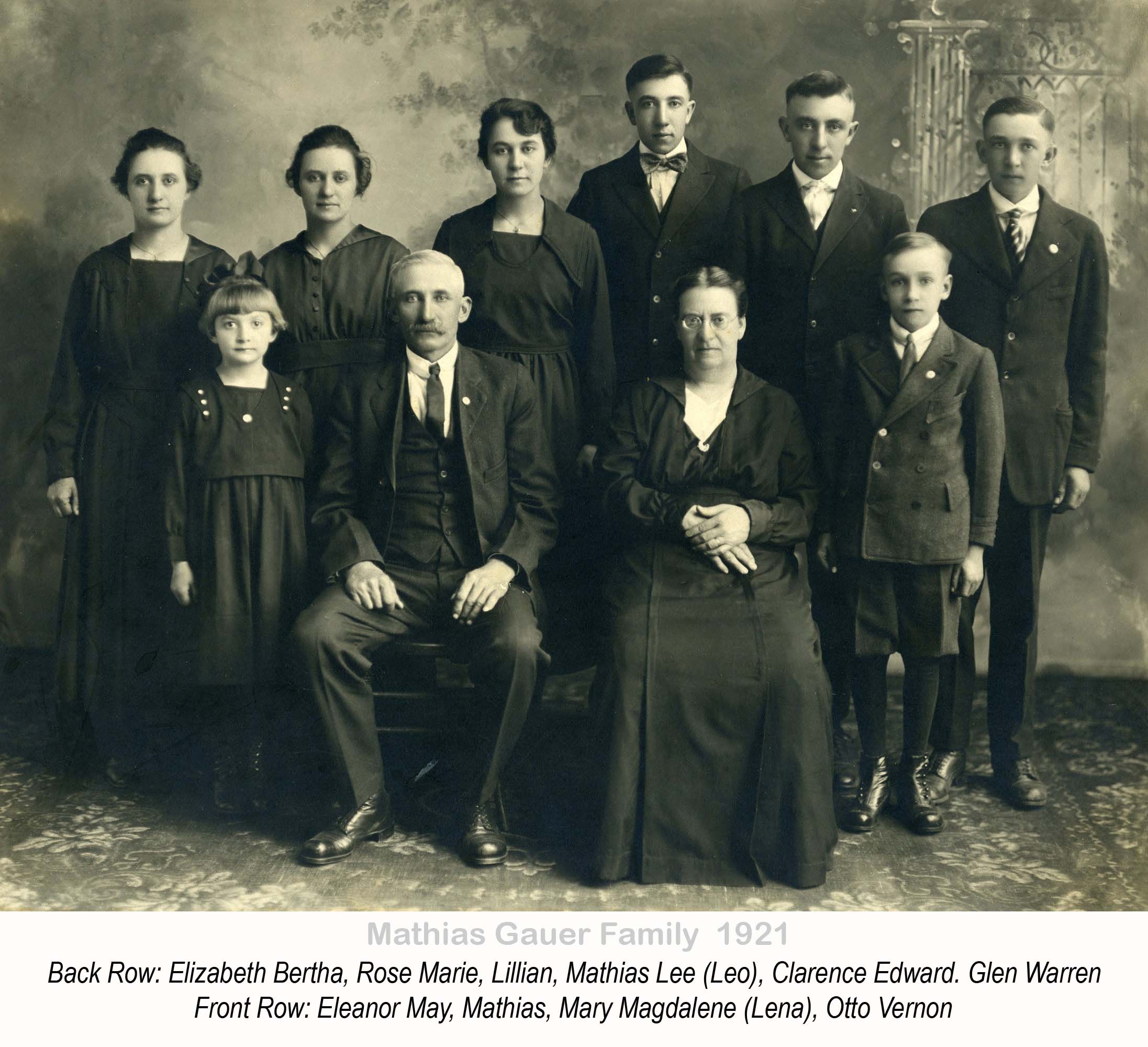 This family photo may have been after Lena's stroke in November 1920.

They attended the nearest church, known in those days as the Norwegian Baptist Church in Lake Lillian. It was located 3 miles east of Lake Lillian and 1.3 miles north of hwy 7. The (first) church was there from 1898 to 1933. Matt and Lena are buried there as well as some of my cousins, many of the Anderstroms and many neighbors. 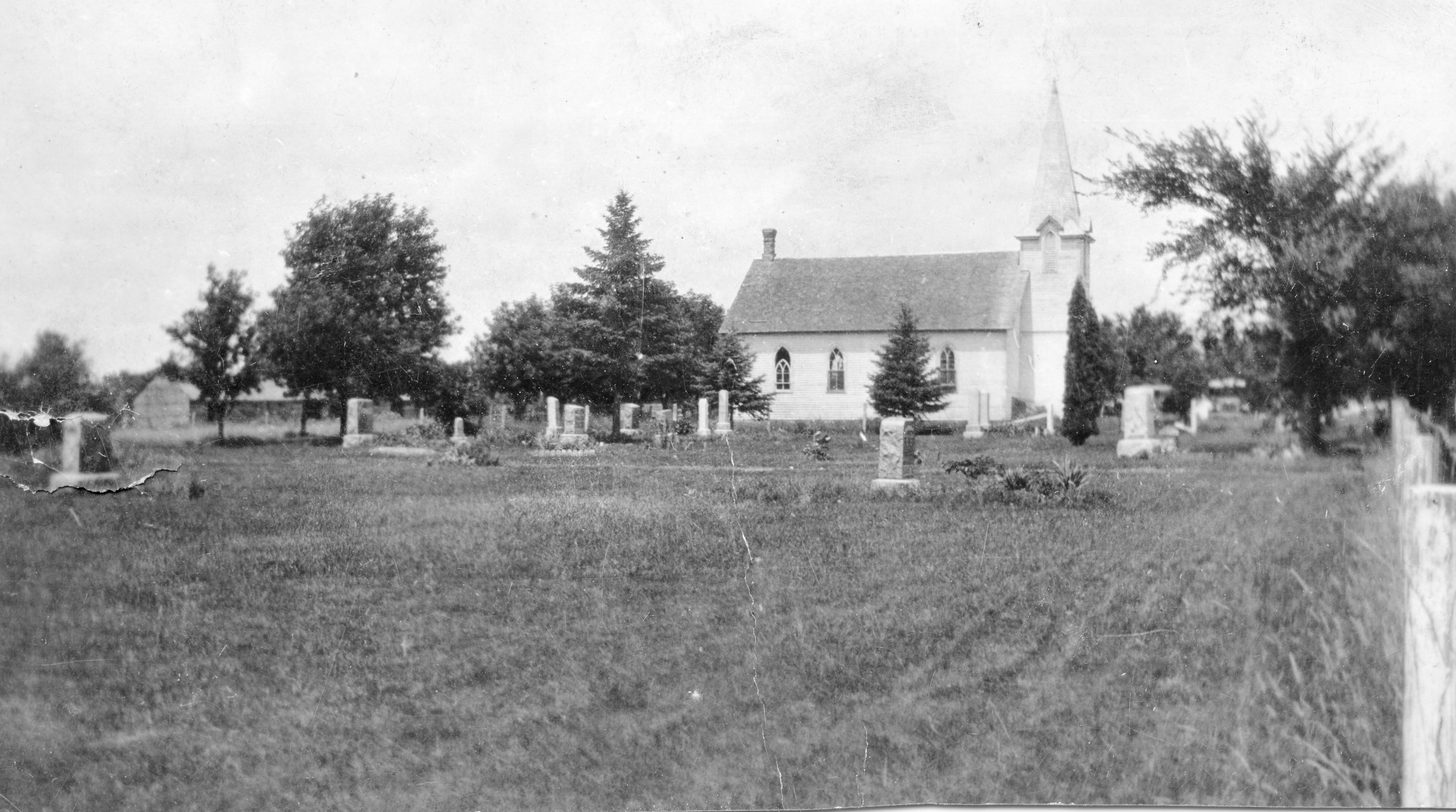 The above church was destroyed by a Tornado in May 1933 and replaced by Dec 1933 with the following structure. 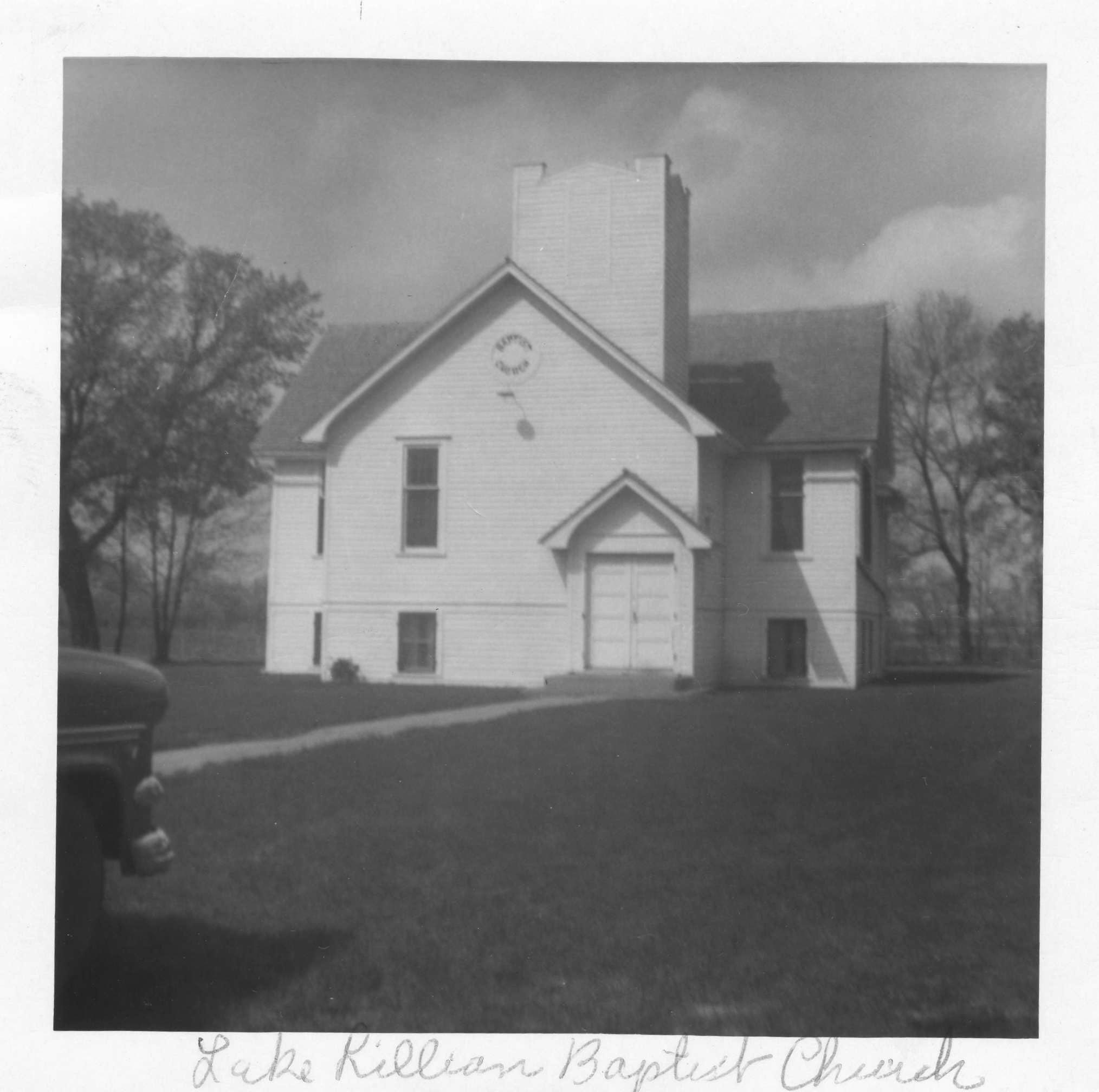 My dad and his siblings attended school at the Riverside School, district 89, on the south side of section 23. It was located 1 mile south of hwy #7 and 4.5 miles east of Lake Lillian. There is no trace of it now as the Crow River ditch was widened through there some years ago. The school is as it looked in 1915. 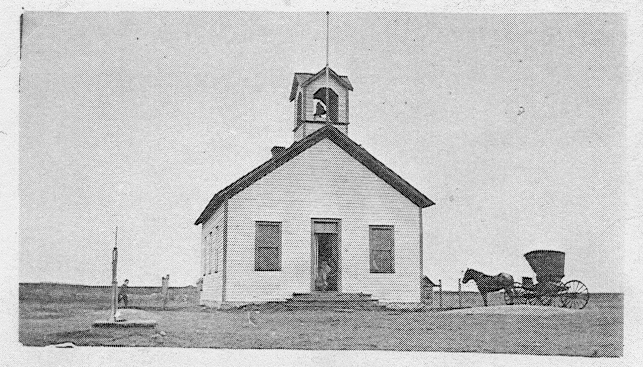 The farm house is on section 15, East Lake Lillian.
Eleanor and Clarence on sled made by Clarence. ~ 1917 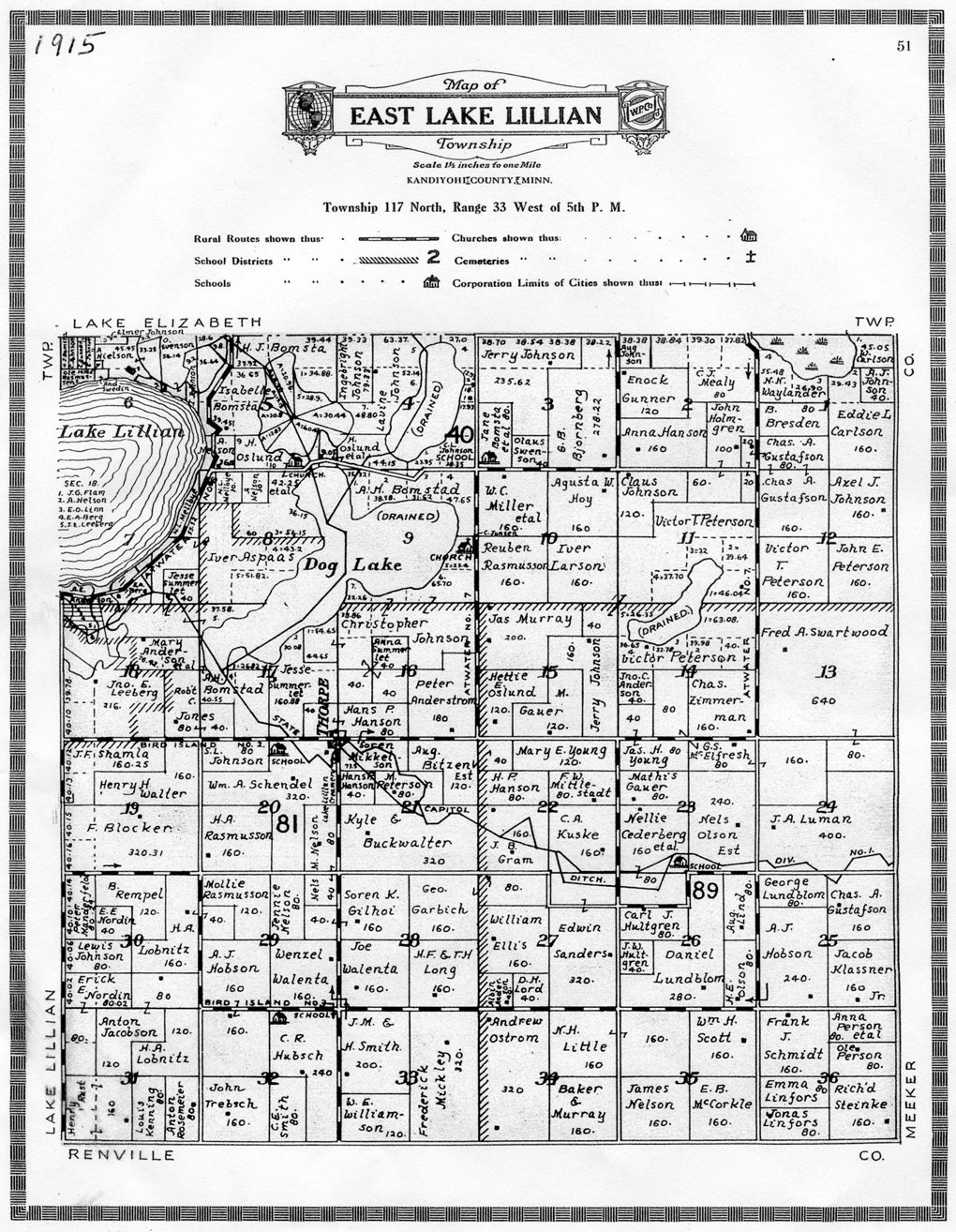 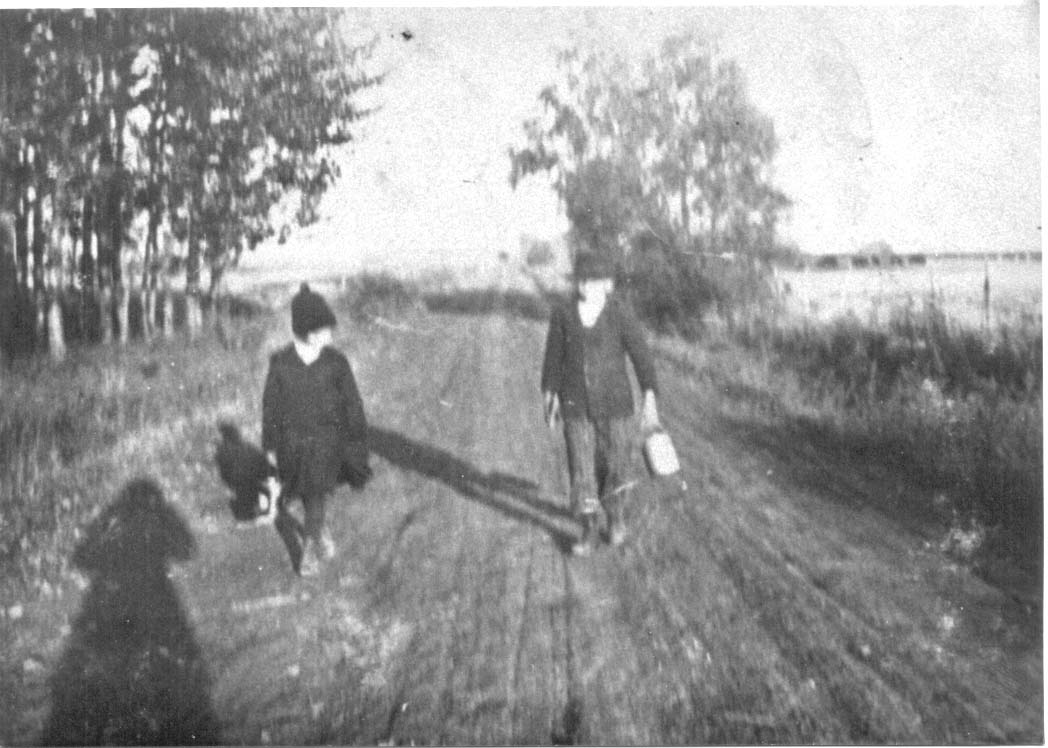 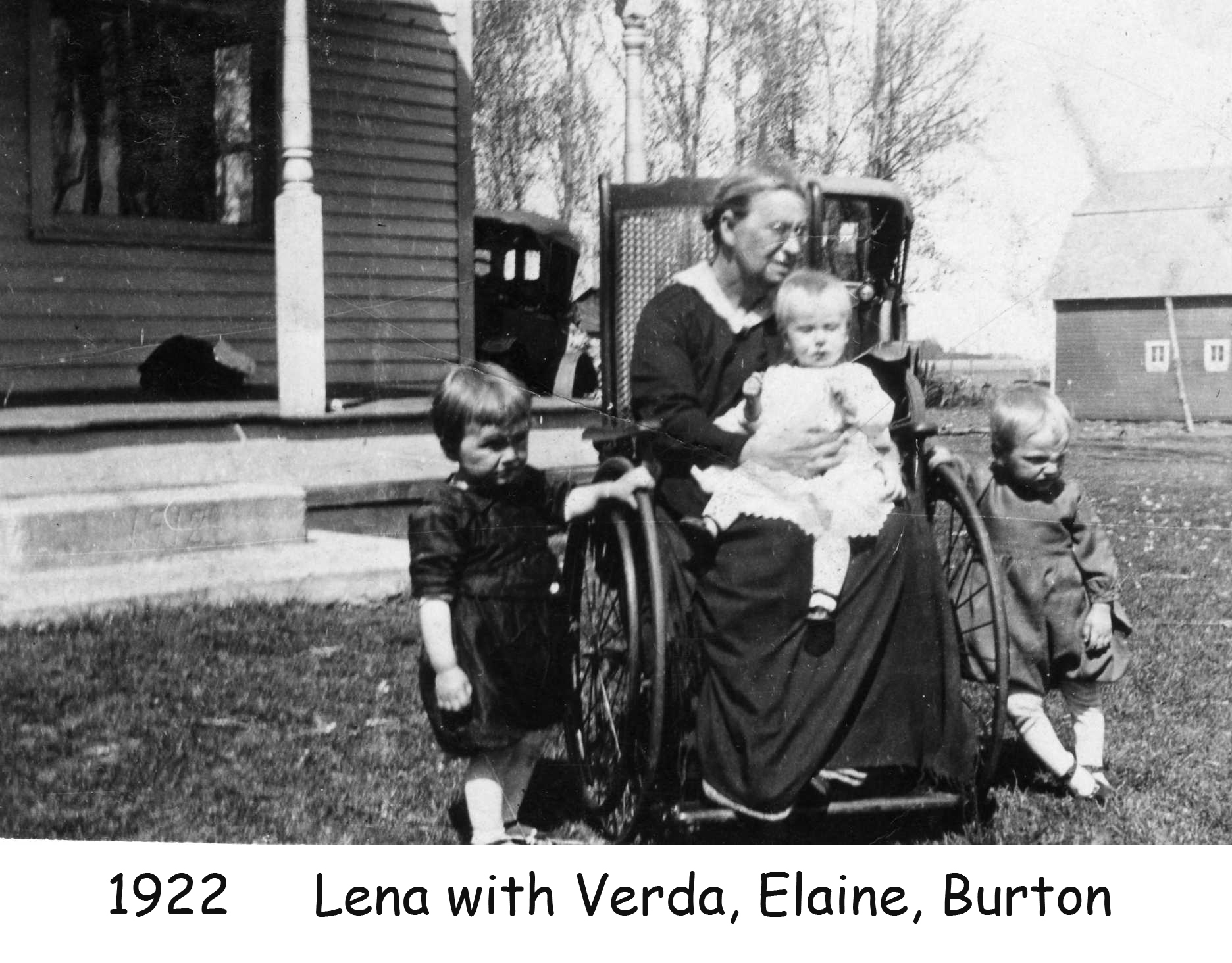 Grandma Lena had a stroke in November 1920 and needed a wheel chair for her last 3 years. 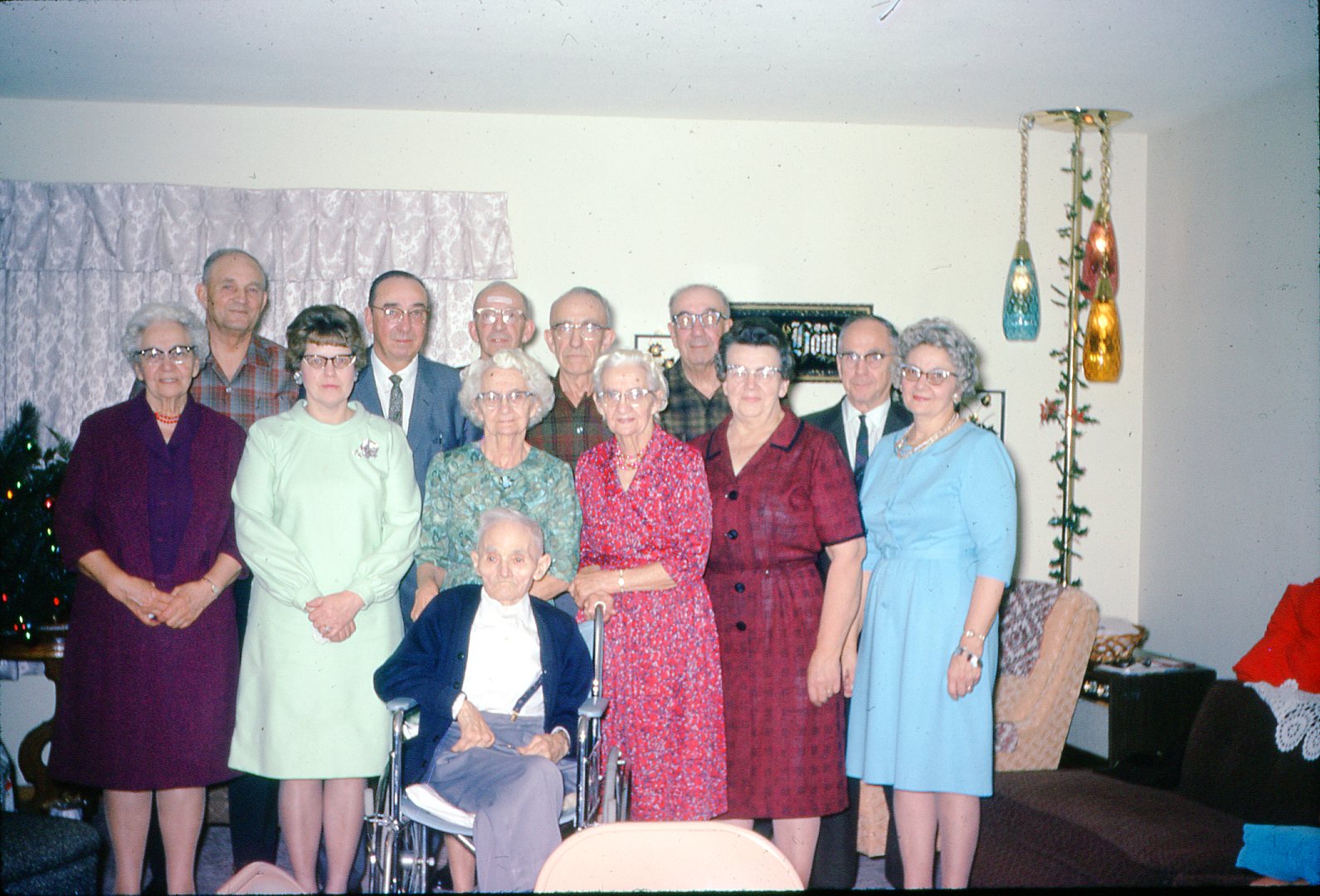