Introduction to a reunion in 1976

This 1976 story is about renewing a family connection from Lake Moje near Gagnef in the lan of Dalarna in the country of Sweden to Lake Lillian in the county of Kandiyohi in the state of Minnesota USA. Apparently, The connection had been lost sometime after my great great grandfather Larsved Olof Mattson had died in Lake Lillian in 1885, some 91 years earlier.

I was not in attendance at the following reunion event in 1976 and much of the following text for this story was originally published in the weekly "Lake Lillian Crier" newspaper. It was the USA Bicentenial year and I and my wife and 2 children were living in Illinois but visiting her brother in Wisconsin on the way to Lake Lillian that day.

I have many family photos in my collection. Some from my mother and others from her sisters. This one from the collection of my Aunt Eileen was taken at the park shelter in Lake Lillian and shows 8 of the 10 sibling group born of August and Frieda Erickson. LuVerne was absent. Irene had died in 1921 at the age of 5.

My mother Jeanette and her siblings on June 27 1976 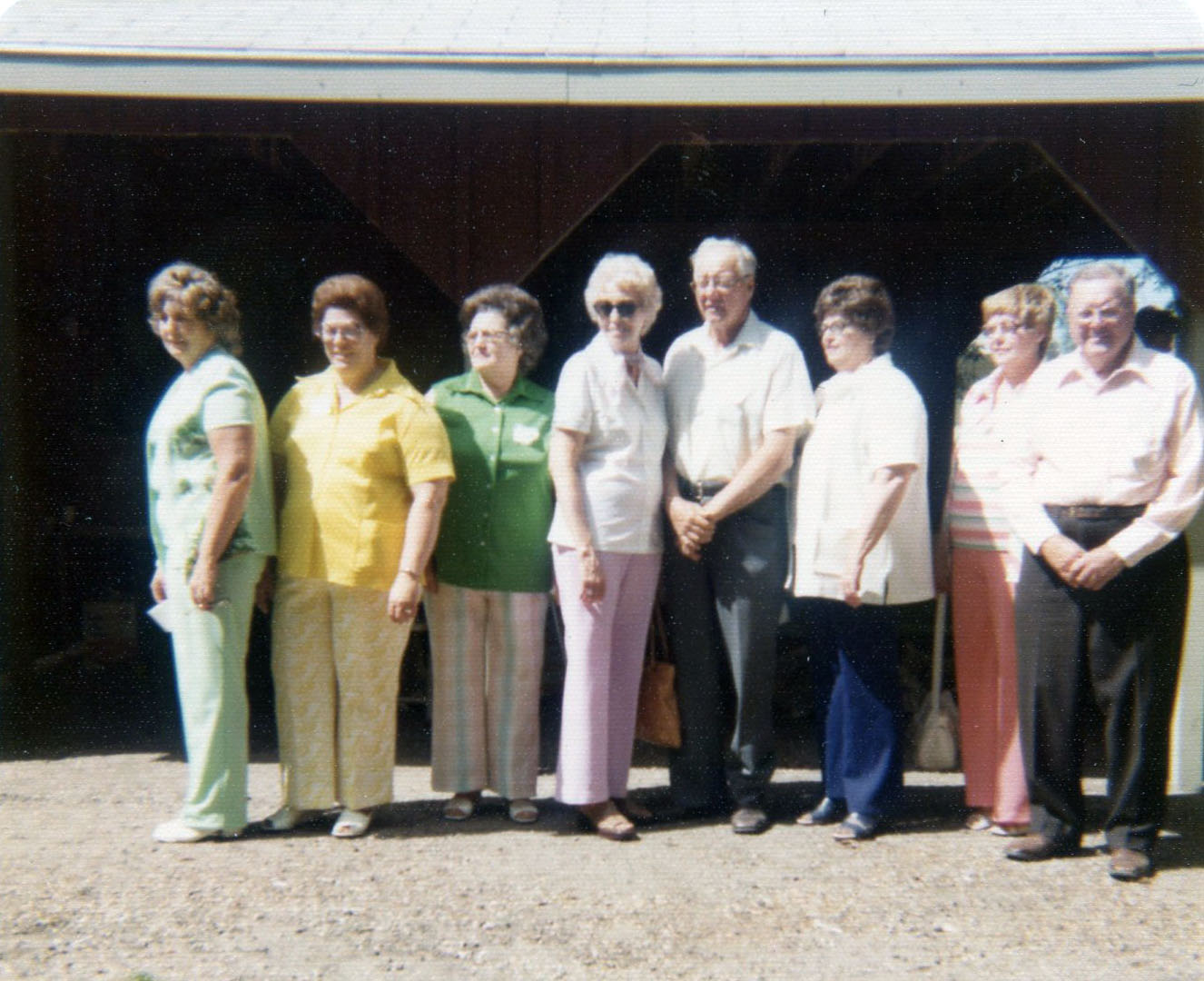 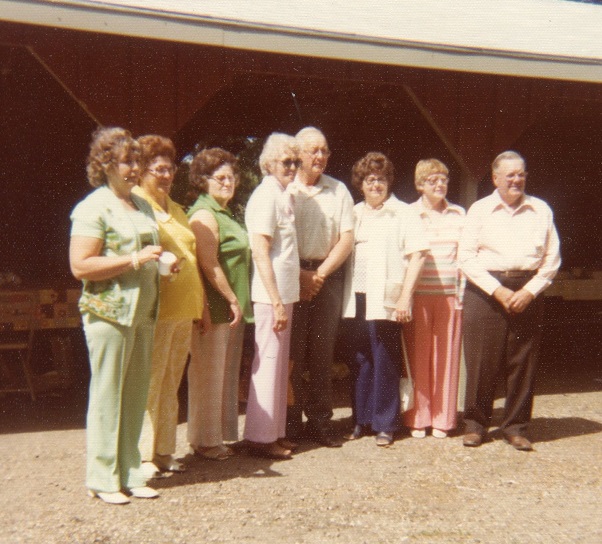 Helen Strand was born in Norway to Sigvarda Sebulonsen Hansen. Sigvarda was a sister to Frieda, my grandmother. 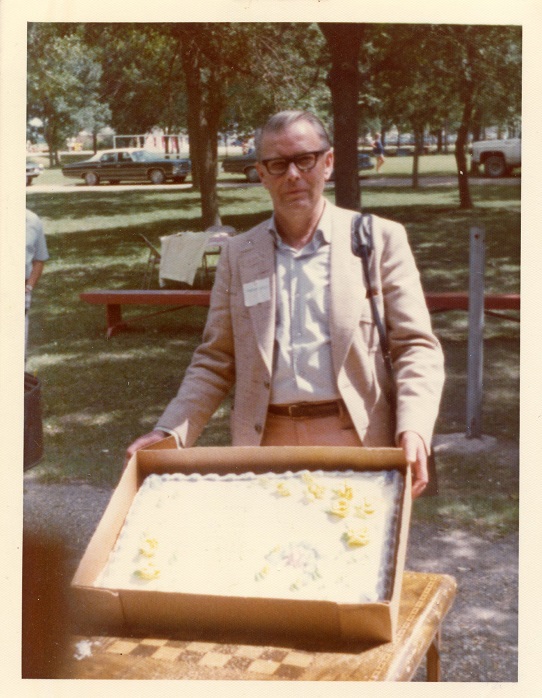 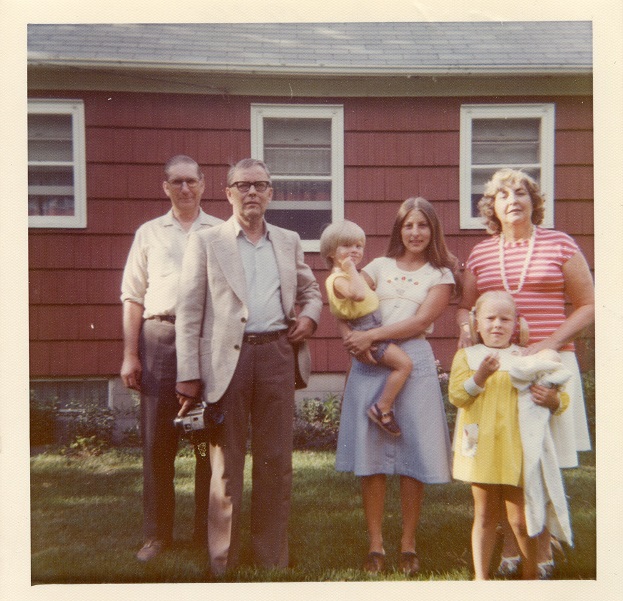 *Vickie is my cousin and Dolores was my aunt.

*Ruth McLay, b.1899 - d. 1989, was a family historian and youngest daughter of the Peter Lindquist family 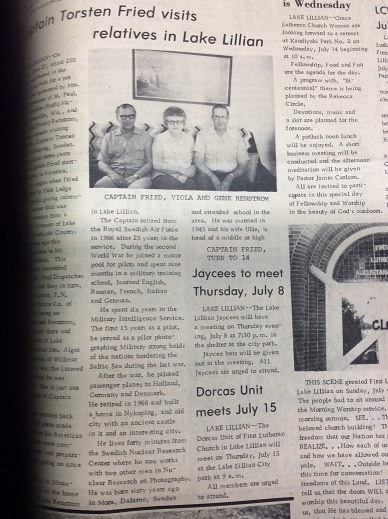 above photo of the Lake Lillian Crier shows the reporting text for the following.
Note that I have added photos where appropriate to fit into the reported text.

It was about three years ago that Captain Fried started his search in America. The search began when Fried sent a letter to Vasa Lodge in Minneapolis giving information of a letter that was written to Sweden from a Larsved Olof Matson of Lake Lillian in Kandiyohi County.

Many years ago, this letter was written to his Great Grandfather. This letter was then forwarded over to the St. Paul Dispatches Action Line, and they in turn, contacted by letter, F.N. Matson Real Estate Co. of Willmar. He being no relative, Clifford Renstrom, who is employed there and also John Larson of Lake Lillian, contacted Mrs. Algot (Evelyn) Freeberg of Willmar and the family was the Larsved Olof Mattson that he was looking for. She is just one of many cousins of Captain Torsten Fried.

Letters were written back to Sweden, and plans made for Fried to meet his American relatives. Plans were completed in January and preparations have been going on since then.

Fried will stay in Minnesota until July 19 at the home of Eugene and Viola Renstrom in Lake Lillian.

The Captain retired from the Royal Swedish Air Force in 1966 after 25 years in the service. During the Second World War he joined a motor pool for pilots and spent nine months in a military training school, learned English, Russian, French, Italian, and German. 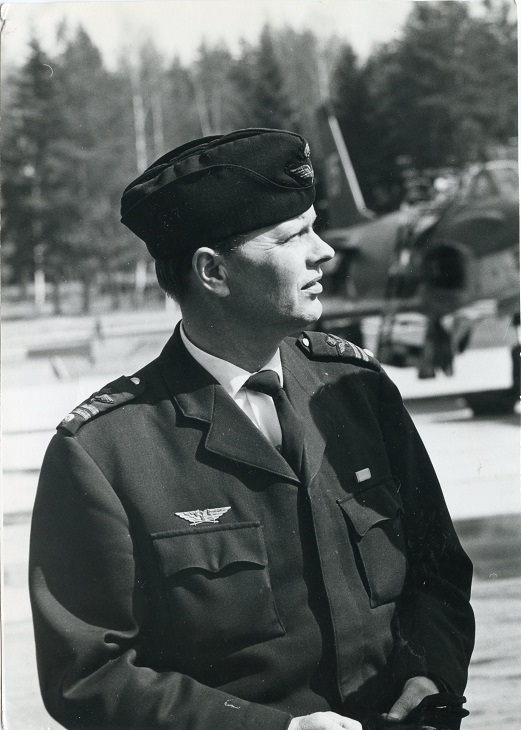 He spent six years in the Military Intelligence Service. The first 15 years as a pilot, he served as a pilot photographing Military strong holds of the nation’s bordering the Baltic Sea during the last war. 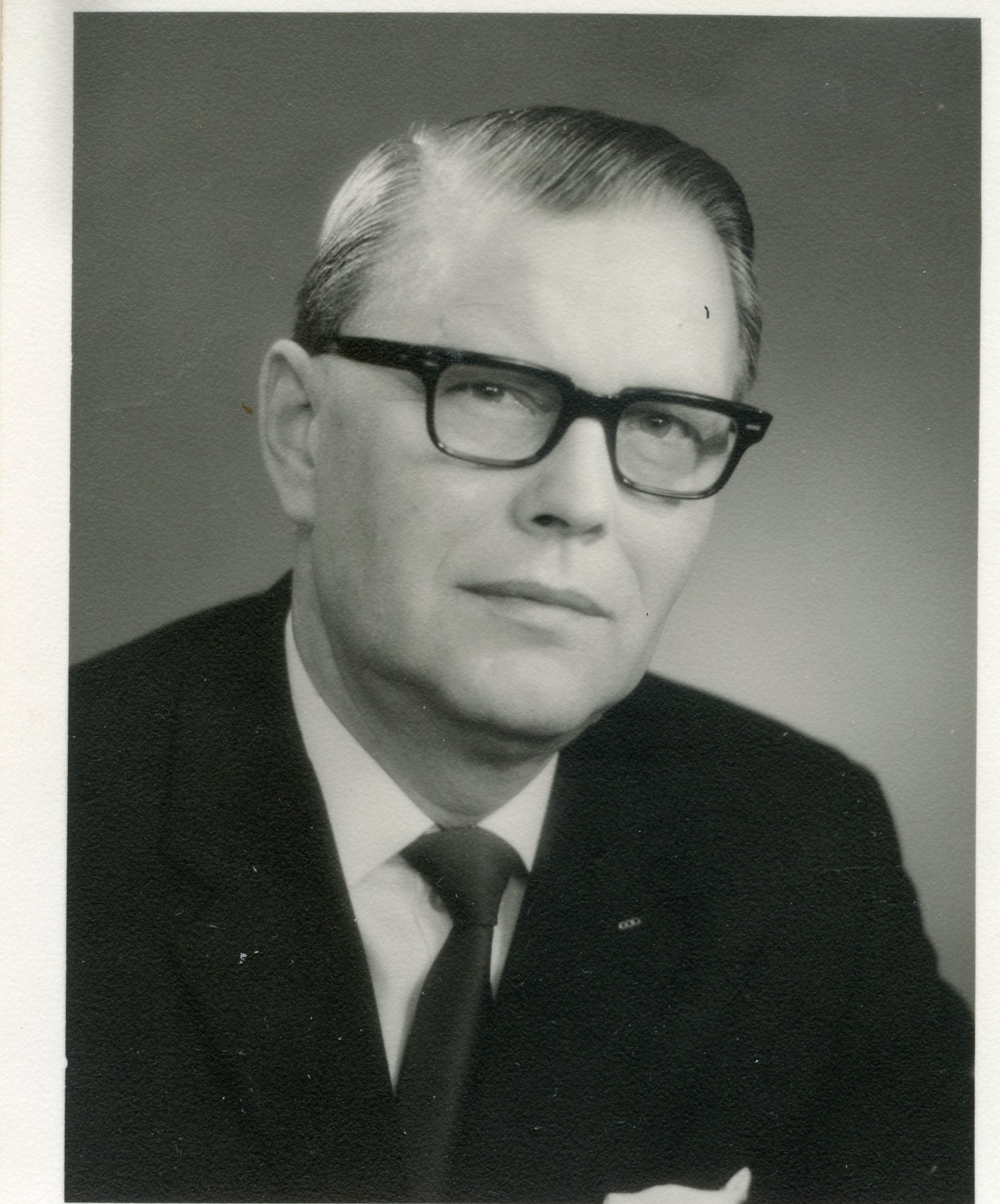 After the war, he piloted passenger planes to Holland, Germany and Denmark. He retired in 1966 and built a home in Nykoping, an old city with an ancient castle in it and an interesting city. 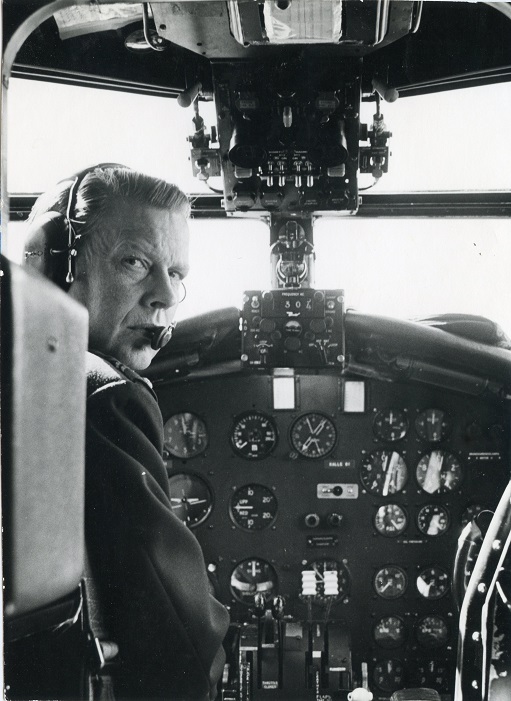 He lives forty minutes from the Swedish Nuclear Research Center where he now works with two other men in Nuclear Research on Photography. He was born sixty years ago in Mora, Dalarna, Sweden and attended school in the area. He was married in 1945 and his wife Ulla, is head of a middle or high school of 350 pupils.

She also teaches English, Geography and History. They have three sons:

The eldest Goran, age 29 is a University graduate with a Major in Economics, with emphasis on local economy. He and his wife Margareta have a daughter Maria, age three.

The Captain’s second son Mats age 25 and his wife, Marianne, have a daughter Karin, 15 months old. He works in a Development Company in neighboring Oxelasund.

The youngest son, Hakan is a sailor on a ship M/S Nimba which visits all over the world.

Interest in family history seems to awaken later in life and when priorities permit. Questions arise when it is too late to ask the relatives. My regret is that I had no conversation with my Grandmother Halfrieda about her early life before she died in 1960.

See more about my Erickson relatives in the articles entitled: Erickson Family

My uncle Stanley died the next year, in 1977