Tromso Connections
This is prepared for the Lake Lillian News

The first permanent settlers in the area of Lake Lillian came from Tromso Norway. Tromso is surrounded by fjords, near the polar sea, above the Arctic Circle and warmed by the Gulf Stream. Of course, the Indians were here before that and some others that were here for a short time. The first group emigrated from Tromso in 1862 and got as far as St Peter along the Minnesota River. They were held up there because of the Indian uprising and allowed to move on to Lake Lillian in 1864. The Swedes started coming in 1869. The Tromso connection endured for many years as more people came here. My Grandmother, Halfrida Sebulonsen, was one who came from there in 1900. She married August Erickson in 1904. He was a Swede born here in 1877. Remember, the 90th anniversary for the town of Lake Lillian is this year and the 150th anniversary will be next year for the entire area near our lake.

The most recent reconnection to Tromso was when a genealogy tour group of 10 people arrived in Bloomington on Sep 30 .Grace and I, met the group at the Bloomington Quality Inn when they arrived. We were there to greet Herulf and Heidi Sorensen. Herulf and I share the same great great grandfather from Tromso. At dinner with the group of 10, we discussed their plans to tour ND, Minot for the HostFest, northern MN and Lake Lillian. Group members, Arnulf and Rannveig Lorentsen, showed family registers with connection to Hans K Petterson, grandfather of Lowell Petterson of Lake Lillian. Inger Giaever shared documents showing that ancestors emigrated to Litchfield in 1882. Plans were formulated quickly for October 11th and 12th as Grace and I volunteered to be their guides to Lake Lillian and host a brunch at our home in Cottage Grove. Grace contacted cousins Russ and Shirley Kronbeck in Litchfield to guide Inger in her quest for family history.

On Friday, Oct. 11th the Tromso group headed for Lake Lillian. The first stop was at the produce farm operated by Jayme Lynette and Bob Faber where everyone enjoyed a Honey Crisp apple. We stopped there because Jayme is my late cousin Macky's daughter and great granddaughter of Frida. Also the farm was where Hans Pete Hanson lived and at the site of (old) Thorpe. 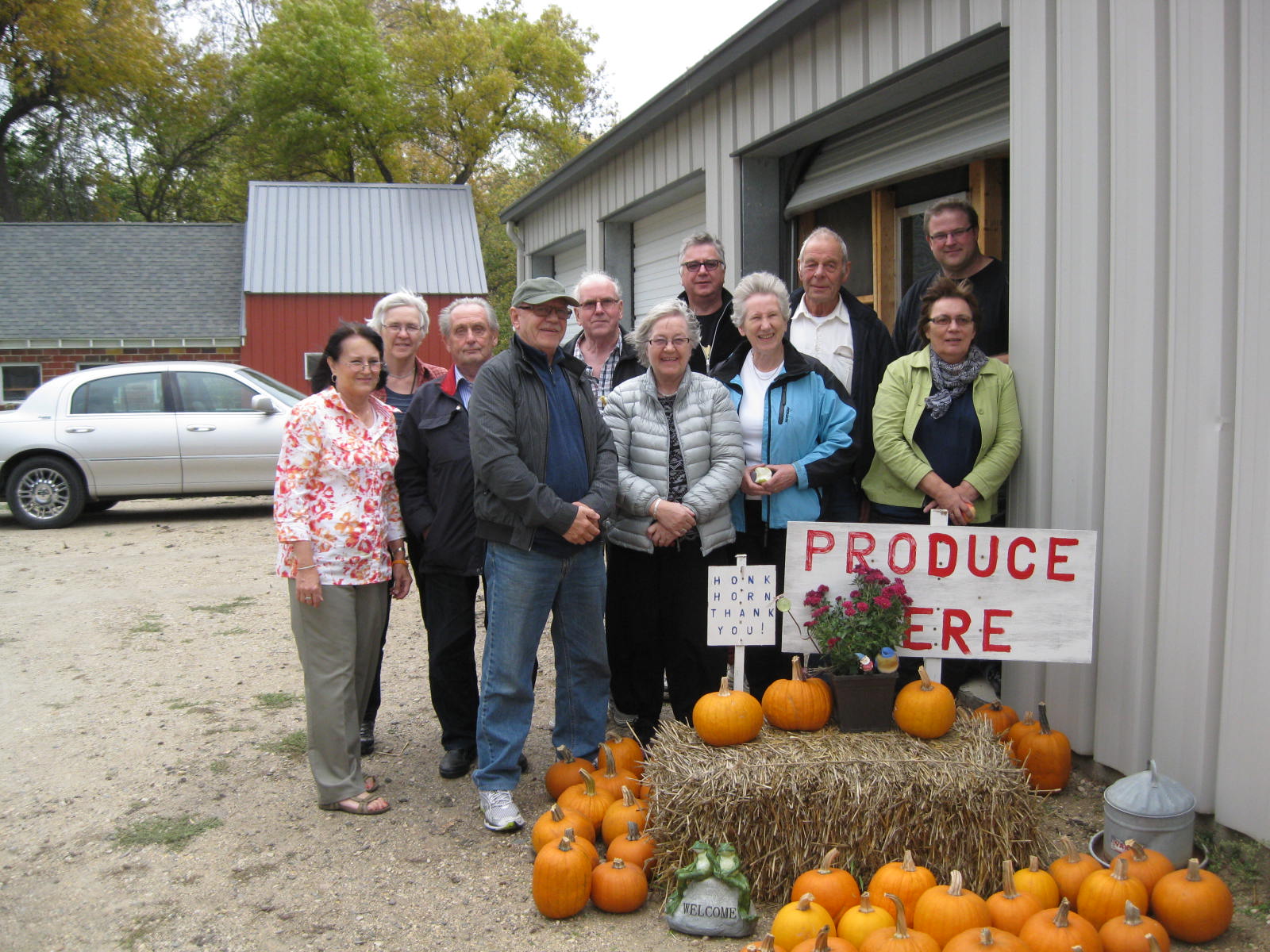 Then it was on to the Food Garage for lunch where the 10 from Norway were joined by 21 from the Lake Lillian area. 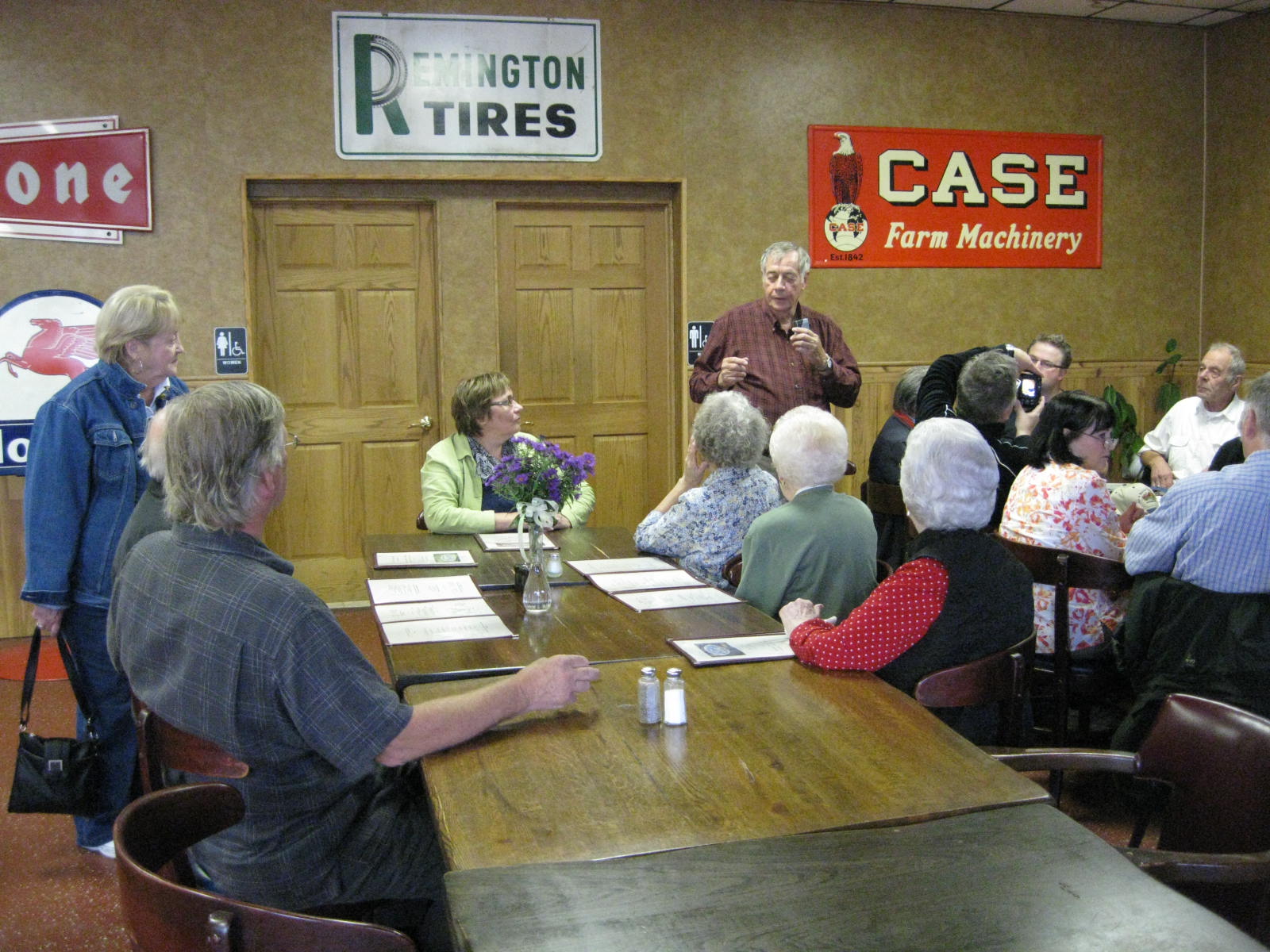 The Norwegians sang their National anthem for us. Dennis and Rachelle Jacobson and their staff did a wonderful job of accommodating all. 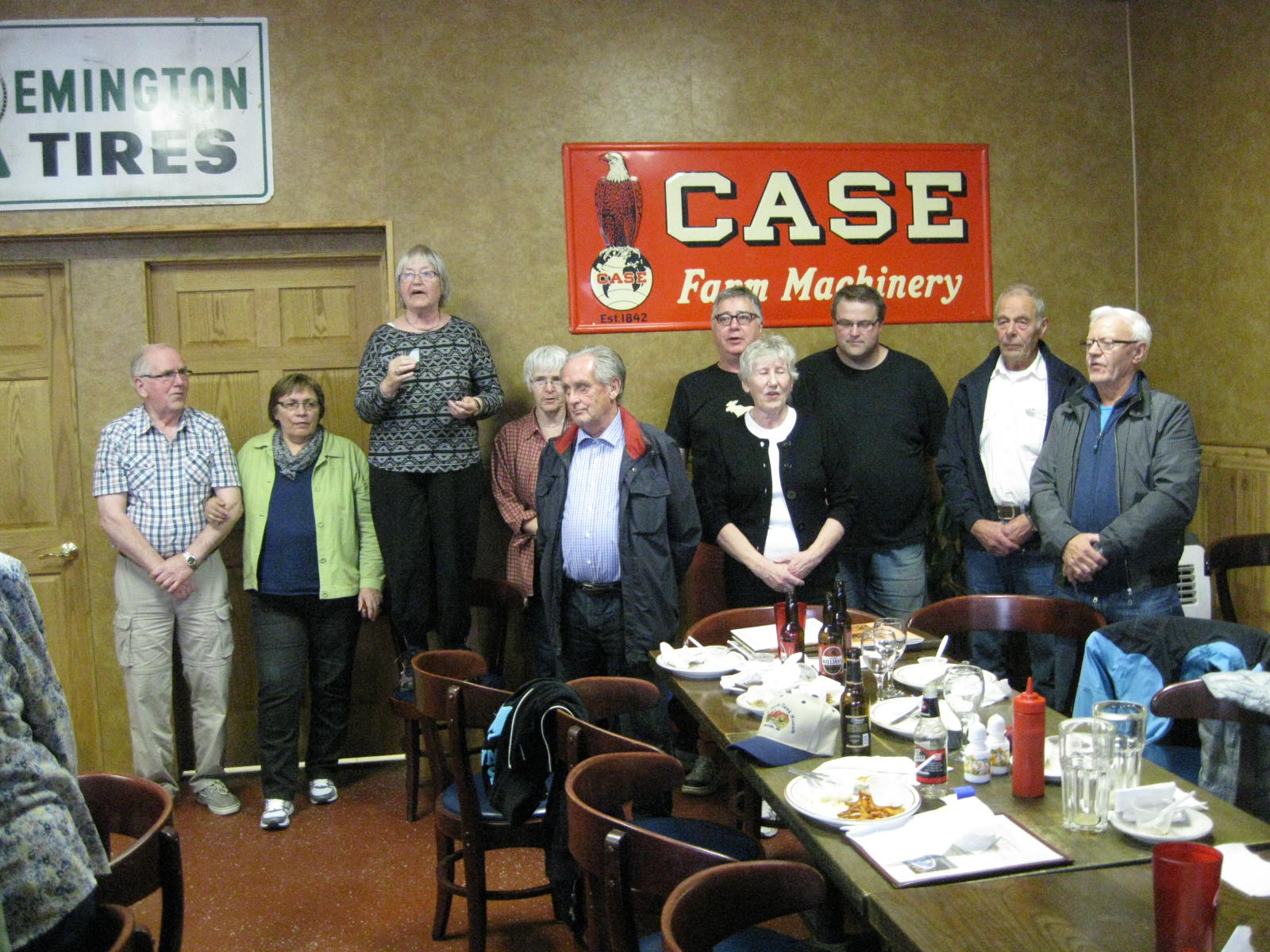 By the time the rains had subsided we were ready to move on to a tour of the United Lutheran Church led by Pastor Art Wiese, a stop for coffee and cookies at the senior center and a brief visit at the Library where we took this picture of the Sorensens. 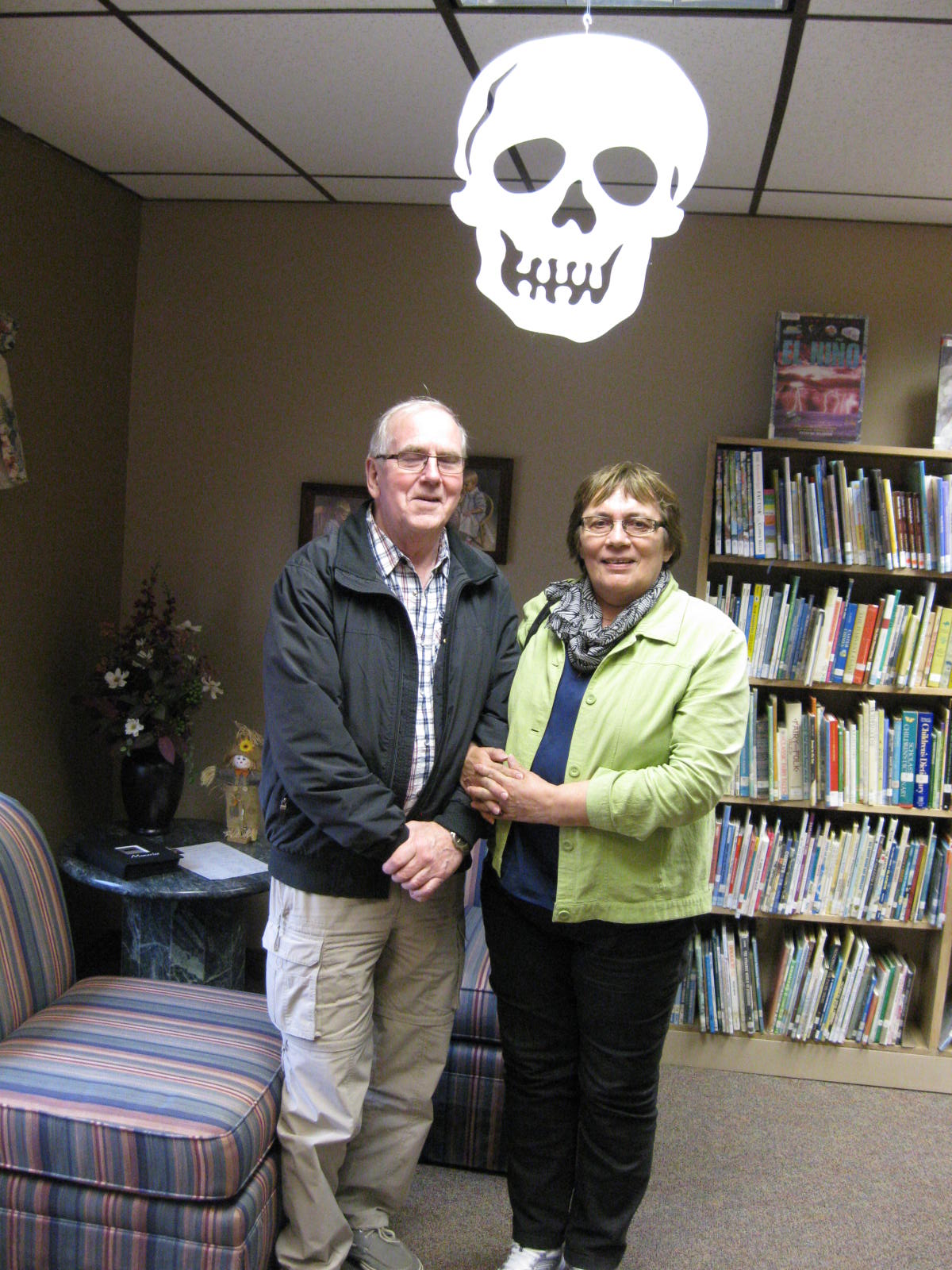 Then it was on to walking through the Tromso and Pioneer cemeteries. The group consensus was that tours of the Scandinavian Methodist and Norwegian Baptist and Community cemeteries would be deferred and the tired group returned by van to their hotel in Bloomington. On Saturday, Oct 12, we had a total of 26 for brunch including 6 such as myself from Lake Lillian. 9 of the Tromso group returned to Norway on October 13th. Inger Giaever stayed an extra week to travel by bus to Litchfield for a few days where the Kronbeck cousins showed her nearby historic Ness church and Forest City. She returned to Bloomington alone and explored Minneapolis by light rail. She then came to our home for 3 nights until the 21st when we took her to the airport for her return to Tromso via Chicago, Copenhagen and Oslo. We thank all involved in making the Norwegians feel welcome in Lake Lillian and at our home in Cottage Grove. Many hands of friendship were extended and we were truly blessed to have so many eager to help with time, food and sharing connections. Memories will be with us for a long time to come. Many of the Tromso group told us that they have traveled other parts of the USA and said Minnesota offers the best in welcome and friendship. We are truly proud of our heritage and our connections!